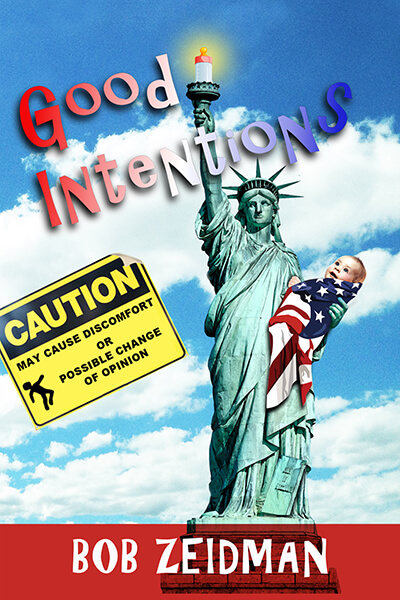 Good Intentions is about a future United States that has become the ultimate nanny state. One man, Winston Jones, is chosen by the mysterious Fairness for EveryBody Society to be the next president because he has the required makeup—ethnic, racial, religious, sexual orientation, etc.—to “fairly represent the diversity of America.” The book is his reluctant adventure to discover what America is about and how to get it back to its real values. He comes across many clashing groups including “The Documented,” a group of legal aliens that refuse to break the law and thus get no government entitlements. He also comes in contact with Radical Femlamism, a bizarre melding of Radical Feminism and Radical Islam. All along he’s tracked by the Freedman Group, a collection of “subversives” who believe in free market capitalism and secretly run businesses without government interference.

Bob Zeidman is an award-winning novelist, screenwriter, and film maker who is also a software engineer, parallel entrepreneur, mathematician, and expert witness. He lives in Silicon Valley where these kinds of activities are the norm. He plans on taking a little time off before his next venture, whatever that may be.