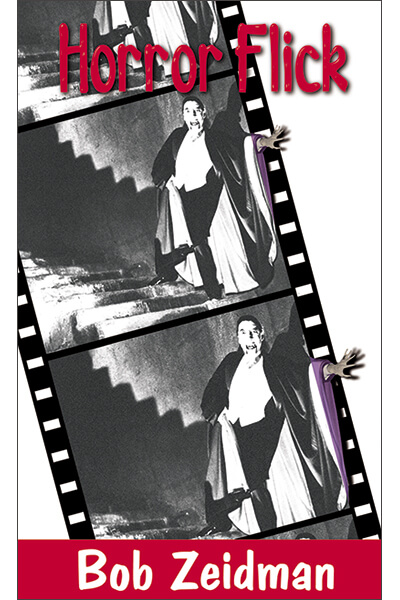 Horror Flick is a fun, scary thriller about a film that is so bad, its viewers die watching it. The evil spirit of the movie’s leading man, who died during filming, is somehow imbedded in the film itself. Our hero is Brent Wooden, a Clint Eastwood-type, macho detective who is more comfortable dealing with psychos than psychics. His assistants include Buttonwillow McKittrick, a hippie, brainy, yet peculiarly seductive medium and Roger Herman, an ultra-low budget film maker with an ultra-high budget ego. This eclectic group must team up to stop this terrible killing spree before it airs on national television, wreaking havoc on the entire country. Their goal? Find the evil spirit and destroy it at its roots—the original celluloid copy of this long forgotten film.

Bob Zeidman is an award-winning novelist, screenwriter, and film maker who is also a software engineer, parallel entrepreneur, mathematician, and expert witness. He lives in Silicon Valley where these kinds of activities are the norm. He plans on taking a little time off before his next venture, whatever that may be.